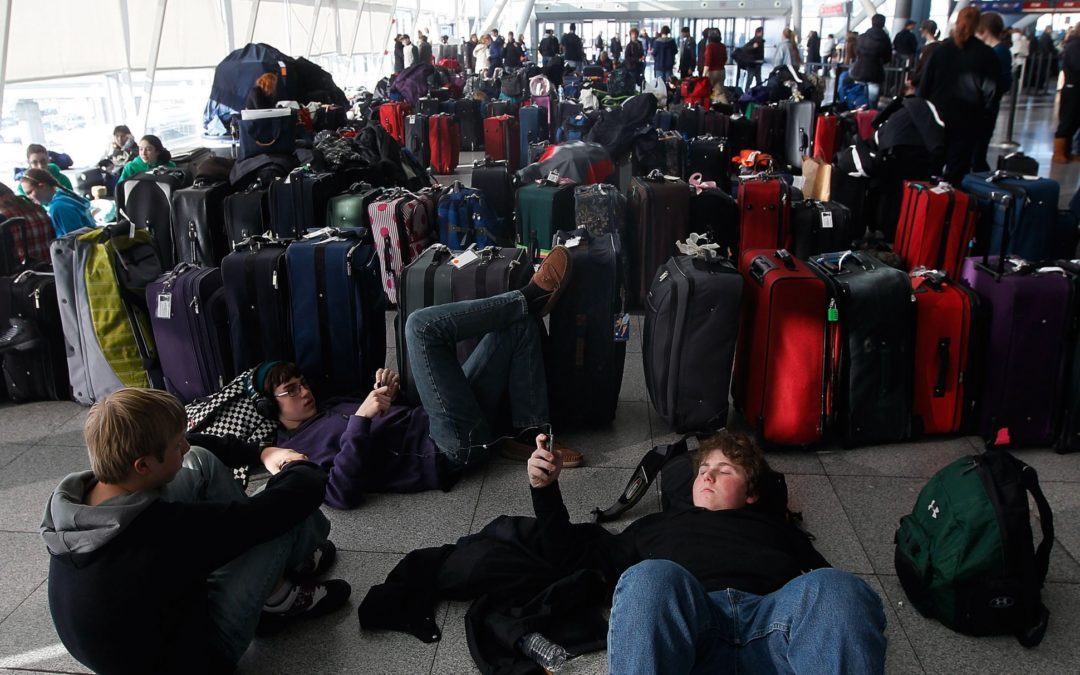 The summer is fast approaching which means its holiday season, which also means that people will suffer flight delays and with companies offering cheaper air fares than ever before more and more people will be planning to go away than ever before. There is just so many factors that can affect whether or not you’ll experience a flight delay with one of these being the heightened security risk the queues are getting longer as more checks are being brought in.

In this article we will be looking at which Airports suffer the worst flight delays having the lowest the worst percentage of on time departures between the months of January and March this year. All of our data has been taken from the department of transportation so if you’re planning to fly from any of these airports below make sure you arrive earlier than expected to ensure you don’t miss your flight:

San Francisco International tops our list of the airport that suffers the worst flight delays, over 3 months only 71.82% of flights departed on time meaning over 1 in 4 flights were delayed and to top it off out in the states no one is covered for flight delay compensation.

In second place is Miami International Airport where just under a quarter of flights were delayed, once again as this is an American airport you wont benefit from any flight delay compensation laws. Were starting to see a trend here.

A close 3rd in our list is the Ft Lauderdale airport where passengers on approximately 76.60% have departed on time, that means 23.40% of passengers traveling from here have experienced being delayed.

In 4th position is the Dallas/Fort Worth airport which has experienced 23.26% of passengers have been delayed when flying out of this airport, this is the 4th American airport on our list are you starting to see a trend here.

5th on the list is Denver Airport where 22.79% of flights have been delayed, well at least its a pretty airport to get delayed at which is more than we can say for some of the others on our list.

7th in the list is the New York Airport where 22.22% of flights had suffered a flight delay in the last 3 months.

Definitely a stylish airport to get delayed at, but lets face it with only 77.40% of flights departing on time they need to make it pleasing to the eye for everyone who’s stuck around waiting.