How much should you tip when holidaying abroad? 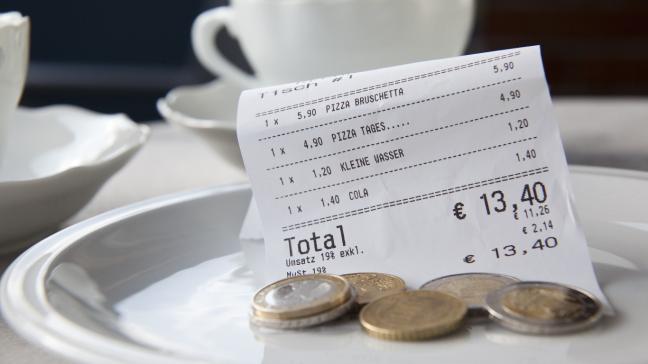 Tipping is without a doubt one of the most awkward parts of a holiday, everywhere you go has different expectations which makes it hard to figure out whether you’re tipping well too much or not enough. Giving a tip shows your appreciation of the service provided and to be blunt us Brits generally arent the best when it comes to working out how much we need to tip.

Firstly we will start off with the UK itself and then start going around the rest of the popular tourist destinations:

While tipping isn’t as widespread in England as it is in the States you will still be expected to do it across various different services, below are a list of some of the places that we would expect to tip:

Restaurants: When paying for a meal always check to see if a service charge has been added at the bottom of the bill, if this is the case then you are not required to pay a tip as its already included however if there is no service charge that has been added then customers are generally expected to tip around 10% of the overall food bill. When you’re at a cafe or fast food eatery you are not expected to tip for anything.

Bars/Pubs: While its not always expected that you tip at a bar or a pub it goes a long way especially as the staff is more likely to serve you first, also if you are ordering a particularly difficult drink such as a cocktail then a tip at the end is always nice.

Transport: While taking public transport around the UK whether its by bus, taxi or train you are not expected to tip. However if transporting heavy luggage via a taxi and the driver helps you carry them to the door a tip is always welcome for going above and beyond what is normally required.

Accommodation: Staff don’t expect customers to tip but if they do provide a good service its always a nice extra.

Despite some similarities when it comes to tipping the United States is completely different to back in the UK and tipping is 100% expected here. A lot of employees are paid on the basis that they will get tips which will boost their wage hence why its so important. Below is a quick guide on how much you should be tipping at different establishments:

Food: In America they seldom add a service charge on to the final bill unless there is a large group of people, typically the average tip is around 15/20% of the bill not including the sales tax however if you have received excellent service then 25% is normally whats expected. When eating at a Buffet restaurant it is slightly different and the average tip is around $1-$2 per person dining. You’ll find at all coffee shops and fast food establishments there is a tip jar at hand however its not expected as there has been no table service provided.

Bars: Similar to food, tipping either a dollar per every drink that you receive or 20% of the overall bill is generally welcomed.

Transport: Typically taxi drivers receive an additional 10 – 15% on the overall cost of the journey,

Hotels: Its always advisable to have some dollar bills on hand to give to the hotel staff such as the bell hops who carry your luggage to and from the room or the house keeping staff who clean it up every day. You’ll notice that some hotels will even leave an envelope out for you to place any money into it.

The easiest way to work the tipping arrangements in America is to run with a 15% – 20% tip everywhere that you go to, if you do this then you will be okay.

Food: When eating out in French restaurants you will always have a service charge included as at the bottom of every bill there is a section which says service compris which will have the cost next to it. But this doesn’t mean that you cant provide an additional tip on top.

Bars: While drinking in France its not customary to tip the bar staff.

Traveling: You’re not required to tip taxi drivers however if they do provide excellent service then it never goes a miss.

Hotel: Once again tipping at your accommodation is completely down to you, but its always nice to tip the porters and the staff that clean your room with a few euros.

Spain is another country similar to both England and France where tipping is not mandatory behavior, however it is welcomed at various resorts where there are lots of tourists.

Restaurants: Depending on the type of restaurant you eat at will be reflected in the tip, the more upper class restaurants staff will expect a tip of 10% or more where as at cafes and cheaper restaurants then staff would be happy with a few euros extra for the service that they have provided.

Bars: Staff at bars typically do not expect any form of tip however if you feel it necessary to tip leave some change before you go.

Transport: Like the UK and France if the taxi driver goes out of their way to help you with your bags then its always nice to give them a tip and to round up the fare to the nearest Euro as it saves carrying around unnecessary change.

Hotel: Staff do not expect to be tipped at any of the hotels however leaving money is always accepted.

Tipping isn’t part of Turkish Culture, while its accepted its definitely not necessary. But considering the £1 is currently worth 4.33TL you should have some money left over to provide a nice tip.

Food: When paying your bill its always nice to leave around 10% extra on top of your bill for any good service that you have received.

Bars: Tips are not necessary when drinking at a bar however bartenders are still happy to accept anything that you want to leave them.

Transport: Once again tips aren’t expected but its always good practice to round up to closest sensible amount as you’ve got to keep in mind £1 is equal to over 4 liras.

Hotel: Leave a few liras for the porter and the cleaning staff who help out.

Tipping in Australia is similar to the UK and the rest of Europe.

Restaurant: Typically 10% added on to the final bill is all that is necessary, while its not expected at the low end restaurants its still nice to do. Where as in more expensive restaurants its expected that customers tip their staff.

Bars:The best way to tip at a bar in Australia is to let the staff keep the change left over from your drink if its not a huge amount.

Transport: if the driver goes out of his way to help you move the luggage then its definitely a good idea to give them a tip.

Hotel: Similar to the UK just provide a tip to the cleaners if you feel its necessary, its certainly not expected by the staff.

Japan is one of the easiest countries to tip in, our advice is not to tip as it is actually considered to be incredibly rude handing money directly to the server themselves.

There are more countries than this but we feel this guide will cover all the major holiday destinations. Remember if you experience a flight delay when traveling to any of these countries from the UK we can help you claim compensation.