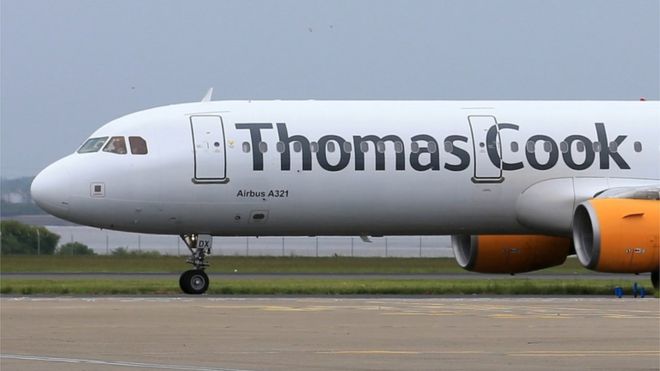 Recent news is that Thomas Cook cabin crew have just voted in favour of going on strike over a row about health and safety, apparently half of the union members have taken part in this strike and 74% of them had voted on taking industrial action.

Thomas Cook airlines have come out saying that there has been a contingency plan put in place which means that customers will still be able to go on holiday if and when the strikes occur, however with the airline flying over 6 million passengers on a yearly basis there could definitely be some flight delays.

A spokesperson for Unite has said that Union bosses are due to hold talks with Thomas Cook and the conciliation service known as Acas this Thursday and Tuesday next week in order to see if they can avoid any action being taken.

The Union spokesperson has said that it was not the intention of the crew to disrupt any upcoming holiday plans over half term that passengers may have, however in order for a strike to go ahead  the union is required to provide at least 7 days notice to Thomas Cook and so far they haven’t served this notice.

The reason behind the strike is due to Thomas Cook reducing the breaks that the cabin crew are allowed to take from one 20 minute break being allowed every six hours to them only being able to take one 20 minute break for every 12 hours that they have worked which is actually the minimum allowance set out by the Civil Aviation Authority’s guidelines.

The union has come out saying that they should provide at least 2 twenty minute breaks every six hours.

A spokesperson for Thomas Cook has said that they are disappointed with the cabin crew members who voted in favour of the strike and that they try and keep the safety of both their staff and customers in mind adhering to all the rules that are set surrounding crew breaks.

The airline is committed to working towards a solution with Unite in order to ensure that there is an end to the dispute, however there has been plans put in place that will allow customers to be able to go on holiday with out a hitch.

However whether or not this happens only time will tell, so if this summer you’re affected by the Thomas Cook strike make sure you get in touch with Flight Delay Specialist and we will help you claim back any compensation owed to you.