Have you experienced a TUI flight delay or cancellation? Even if you have previously tried to claim but have been rejected or ignored we can help!

Have you been informed by TUI or the CAA that you are not eligible for compensation for your delayed flight? The good news is that we can help if you have had a claim rejected or ignored by TUI. Simply fill out our easy contact form below and one of our specialists will call you to discuss your flight delay or cancellation claim.

No Win No Fee

We take care of everything

3 easy ways to claim your compensation

With our easy to use form or by speaking to our team.


We Do All The Work

Our flight delay specialists deal with the airlines directly so you don’t have too.


Once the airline has paid we will send you the money as stated under the terms and conditions agreement.

About TUI
TUI Airways is the largest charter airline in the world, with both charter and scheduled flights to destinations such as Europe, Africa, Asia and North America. Over 11 million passengers were carried by TUI in 2017 making it the UK’s third largest airline behind EasyJet and British Airways.

Many people will remember Thomson Travel, Thomson were bought by TUI and by Oct 2017 the TUI rebranding was completed with Thomson being confined to the history books.

TUI Compensation Amounts?
Again, this is covered by European regulation which deems amounts from €250 up to €600 depending on the distance of flight and the length of delay. We have a handy chart that shows this in more detail or alternatively you can contact us and we can tell you have much you may be able to claim. Don’t forget the compensation amounts are per passenger!

Claim rejected by TUI?
Don’t worry, it is very usual for the airlines including TUI to reject claims. Even if your claim has been rejected by TUI our experts will assess it and in most instances will offer to take on the case and pursue it with the airlines on your behalf. Our in house legal team ensures our success rate!

Am I entitled to compensation against TUI?
The answer is yes as TUI is a European airline as long as your claim falls within the criteria of the European legislation known as EC 261/400.

EU Law 26/2004 stipulates the compensation amounts in Euros so depending on the exchange rate the actual amount of compensation paid in Pounds Sterling may vary.

Why use Flight Delay Specialists?

We do the hard work for you, we deal with all communication to and from the airline on your behalf. At Flight Delay Specialists we have an experienced processing team who are dedicated and committed to making sure your claim is handled professionally and efficiently, keeping you updated regularly throughout the process. The team here have extensive legal knowledge and experience in claiming from airlines, we are able to fight hard for what you are legally entitled to. Evidence shows that more often than not the airlines will either ignore letters direct from passengers or try to say that their claim is not a valid one.

What happens if I do not know the exact information about my flight?

Don’t worry, we will work with you to make sure you have enough information and evidence needed to claim with minimal effort on your behalf, all you need to do is sign our Terms Of Engagement and we can start to investigate if you have a potential claim.

How much will I have to pay?

We work on a ‘No Win No Fee’ basis, this basically means that we only get paid if you do. If (and only if) your claim is successful you will need to pay Flight Delay Specialists a fee as set out in our terms and conditions. We do not charge upfront fees.

How long will it take?

This depends entirely on the airline and how quickly you provide all the information we ask for. Flight Delay Specialists will fight your claim on your behalf to make sure of its validity and gain acceptance on your compensation in the quickest time possible.

Do I pay if unsuccessful?

No, you do not pay Flight Delay Specialists a single penny if your claim is unsuccessful.

Can I refer a friend?

Yes, If you travelled with friends or family on the same or a different delayed/cancelled flight we can help fight all claims. We’ll even give you a £25 gift voucher for each household with a successful claim. 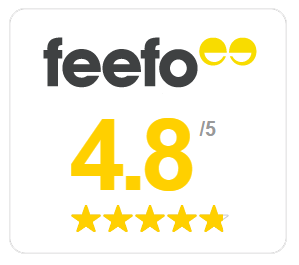